DeFi exchange dYdX has begun blocking users who interacted with the recently sanctioned Tornado Cash. Multiple accounts related to Tornado Cash were blocked because a certain portion of wallet funds (including immaterial amounts) were sometimes associated with the banned mixer, said dYdX.

The exchange uses compliance vendors to scan and flag accounts with funds related to illicit activity, including Tornado cash.

However, the dYdX team is trying to protect unfairly targeted traders. dYdX noticed many account holders that never directly engaged with Tornado Cash and didn’t realize the source of the funds transferred to them during various transactions before interacting with dYdX.

Considering this, the project has since amended its compliance policies to better identify specific fraudulent accounts and sort out unknown users who may have received Tornado-adjacent funds. The team also requested users who feel they have been unfairly targeted to contact the exchange.

The dYdX also assured that it doesn’t have the ability to seize customer funds but put users’ accounts in close-only mode. All users that deposit to the protocol can always withdraw and maintain custody of their funds.

According to the blog, in addition to Tornado Cash, malware, ransomware, and material related to minors and addresses tied with wanted criminals will also be flagged.

As Tornado cash has recently been added to the sanction list by the U.S. Treasury’s OFAC, it is causing many wallet addresses to be blocked from accessing the exchanges.
Not only dYdX but many platforms are in line that have cut ties with Tornado Cash including GitHub, Circle, Alchemy, and Infura. It’s a move that other companies are likely to follow as well.

Decentralized exchange Uniswap deploying its contract to all 4 of Ethereum’s Testnets.

NFT collectors will be able to pay directly with a card, or Apple Pay and Google Pay without needing to own some amount of cryptocurrency.

Former professional football player, David Beckham is planning to enter the metaverse. The footballer has filed applications for… 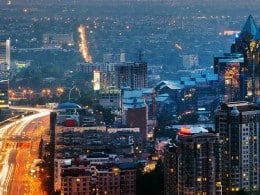