Aave is a decentralized cryptocurrency lending platform, named after the Finnish word for “ghost”. It is a lending system that allows users to lend, borrow and earn interest on crypto assets, all without middlemen.  Aave aims to fill in the gaps left by centralised fintech industry giants like PayPal, Skrill, and Coinbase. Their main product is Aave Protocol, an open-source and non-custodial protocol for creating money markets on the Ethereum blockchain.

Originally launched as ETHLend in November of 2017, the peer-to-peer lending project rebranded to Aave in September 2018, with the mainnet going live in January 2020. Running on the Ethereum blockchain, Aave instead is a system of smart contracts. A distributed network of computers running its software manages its assets. This means Aave users do not need to trust a particular institution or person to manage their funds. They need only trust that its code will execute as written. At its core, the Aave software enables the creation of lending pools that enable users to lend or borrow 17 different cryptocurrencies.

How does It work?

Aave allows users to lend and borrow cryptocurrencies in a decentralized and trustless manner through its dapp. Simply put, there is no middle-man involved and no Know Your Customer (KYC) or Anti Money Laundering (AML) documentation is required to use the platform.

Lenders deposit their funds into a pool from which users can then borrow. Each pool sets aside a small percentage of the asset as reserves to help hedge against any volatility within the protocol. This also conveniently allows lenders to withdraw their funds at any time.

Like other lending protocols within the space, Aave offers overcollateralized loans, meaning that a user must lock an amount of collateral that is larger (in USD) than the amount being withdrawn. This amount depends on the asset and ranges from 50-75%. If the USD value of a user’s collateral falls below the necessary collateralization threshold, their funds are posted for liquidation and can be purchased at a discount by other users within the system. Aave uses Chainlink(LINK) as an oracle to collect price data about assets on its platform. Interest is accrued by the second and you can see it increasing in real-time.

Whenever funds are deposited on Aave protocol either as a lender or as collateral when borrowing, the user is given an equivalent amount of aTokens, which helps you earn interest. Every second, a small fraction of corresponding aTokens are added to your Ethereum wallet. Users can exchange these for the equivalent amount of the underlying asset in Aave at the time of withdrawal.

Aave has one feature that sets it apart from the rest, which is Flash Loans. Flash Loans are something that many consider being the next generation of finance. This function lets users borrow large amounts of cryptocurrency with absolutely no collateral. The loan has a condition, which requires that the user must return the liquidity to the pool before the transaction ends. However, if the user is not able to repay the loan by time, the transaction reverses. Which will effectively undo any actions executed until that point and guarantee the safety of the funds in the reserve pool.

Aave and Compound are both cryptocurrency lending protocols that allow users to over collateralize on their assets. They operate in effectively the same way. Both pool the assets of lenders into lending pools from which borrowers can take, and have their own governance token. However, Compound is much less complex and consequently does not offer nearly as many features as Aave.

On the other hand, Compound is much more user friendly than Aave as it gives users much more incentive to participate in the protocol. It giving both lenders and borrowers a small fraction of Comp tokens every few seconds. The compound protocol is in its final stage of handing the protocol off to its community, at which point it will be a fully operational DAO with absolutely no intervention or influence from its original development team. Whereas, Aave just launched this year and has yet to implement the community governance required to be a DAO.

Decentralized finance (DeFi) is the notorious concept and it is growing parallelly with revolutionary blockchain technology and cryptocurrency.…

What Bruce Lee is to the action cinema, Bored Ape Yacht Club is to the NFT space (really…

What Are The Top 10 NFT Marketplaces?

Are you looking for the next fiery NFT collectible to make 100x or more on? Well, the fact… 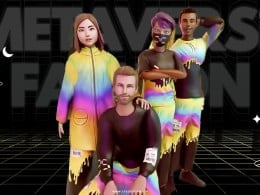 Metaverse Fashion: How are NFTs Transforming the Fashion Industry?

Have you ever wished to see a fashion show without a flashlight, camera, or crowd? Do you want…
Total
0
Share