A collection of nine CryptoPunks NFTs sold for $16.9 Million at Christie’s auction in New York.

Larva Labs created the project in 2017. CryptoPunks is a collection of 10,000 pixelated head comes in the form of humans, apes, zombies, and aliens.  Everyone was made algorithmically and included various properties similar to their hairstyle, glasses, or hat.  Few characteristics are rarer than others, and those will, in general, make for more significant CryptoPunks.

The sale of these Nine CryptoPunks is from Larva Labs. The group at first kept 1,000 NFTs for themselves and gave out the rest.

Nine groups contain one CryptoPunk with, especially unique properties. CryptoPunk 635, the one with a blue face and sunglasses, is one of only nine “alien” punks in the whole series. Another of nine, CryptoPunk 2, the one with black hair that looks similar to the heart portrayed counted as second in 10,000 arrangement.

Cryptopunks have taken off in popularity since NFT began to explode in February.  Two alien punks sold for over $7.5 million each in March. Seven have sold for more than $ 1 million in the last few months.

This was Christie’s second-largest NFT sale.  In March, the auction house sold a Beeple NFT for $69 million, marking a high point for the NFT market.

FTX Launches in Australia as a Part of its Global expansion

The establishment of FTX Australia would provide the local clients with the confidence of trading on a registered and licensed platform, says CEO Bankman-Fried.

The team developers are also preparing the launch of a second installment series - ETH Flower in future.

He was also sued by SafeMoon for trashing the company in his video. 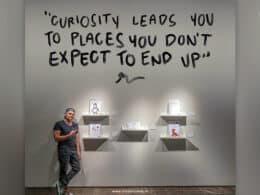