Crypto Bank Nuri announces Shut Down due to Market Turbulence

The German crypto bank Nuri has announced that it is preparing to shut down and liquidate its funds and has asked its 500,000 users to withdraw their funds.

The CEO of the bank, Kristina Mayer announced that trading will continue until the end of November however, requested customers to withdraw their funds by December 18.

Nuri filed for insolvency back in August due to the turbulent crypto market. The bank said at the time that it was working on a restructuring plan and securing a buyout.

However, on October 18, Mayer said that despite their best efforts they have not been able to find investors.

Mayer noted that the company is still bullish on the potential of blockchain-based financial services.

She wrote, “We still believe in innovative financial blockchain technology and are convinced that blockchain, cryptocurrency and decentralised finance will offer opportunities that add true value to the lives of people.” 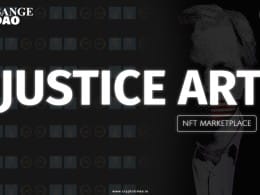 The developers behind the project are also planning to drop the Assange-inspired Generative Twitter Avatar Profile Pic project into the marketplace.

Diamondhands creator had revealed himself and his aim to create a decentralised social media network.

The launch of the Christie’s 3.0 NFT marketplace is accompanied by an inaugural NFT sale featuring a curated auction of nine NFTs designed by artist Diana Sinclair.

Gemini’s Winklevoss Asking for the Resignation of DCG CEO