The Plasm Network and Secret Network, two projects based on Cosmos and Polkadot launched the first iteration of a bridge to connect two ecosystems, each representing a different “layer-zero” protocol.

The plasm team expects to become the cosmos’ gateway for other Polkadot projects in the long term. The key to this is winning the parachain auctions on Kusama and Polkadot, becoming fully embedded in their environments. Plasm co-founder Sota Watanabe said that “Currently we are focusing on becoming one of the first Kusama parachains. After becoming a parachain, we will implement it on the mainnet. This makes it more decentralized and trustless step by step.

The bridges allow users to transfer assets between the plasm network and secret. Allowing them to enjoy transaction privacy and use Secretswap, the first automated market maker exchange on secret Networks.

Plasm network aims to be a Polkadot parachain that would act as a multi-chain smart contract hub on Polkadot.  Teams are currently focusing on infrastructure development Bridges and interoperability with Polkadot.

According to the plasm network, “Plasm Network 2.0 will be a multi-chain and multi-virtual machine smart contract hub powered by Polkadot.  We are going to connect Polkadot to Cosmos, Ethereum, and more through the plasm network.”

“The biggest immediate benefit for users with this bridge is that they gain transaction privacy. Users can turn Polkadot-based assets into a secret token that combines the programmability of ERC-20s with the privacy of coin-like Zcash or Monero. Interactions with secret token contracts are encrypted, viewable only to address owners or holders of their viewing key. The bridge will also give users access to secret DeFi, privacy-preserving DeFi apps built on the secret network,” as per the blog post.

Cosmos and Polkadot sometimes see as competitors. Watanabe said the bridge drives forward a different vision “This is a first commercial trial that brings cosmos assets to the Polkadot ecosystem and vice versa. We would like to make the idea of ‘Cosmos VS Polkadot’ obsolete.”

Author
Sagar Thakkar
Sagar is a digital marketer and content writer with a passion for all things cryptocurrency. With two years of experience in the Crypto industry, Sagar has a wealth of knowledge about blockchain technology and the crypto market. Sagar is always on the lookout for new and exciting blockchain projects to work on and is dedicated to helping these projects succeed in the ever-evolving crypto landscape. 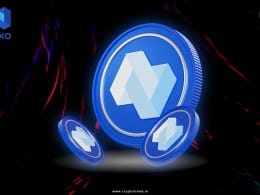 Nexo a Crypto lender was sued in London High Court

The London high court witnessed a case that revealed the accounts of investors were frozen. The transaction of over $126M was restricted by Nexo, states the report.

The Mirror Opens Door for its Blockchain Blogging Platform

Now everyone can post their content on the Mirror blogging platform by connecting Ethreum address and wallet.

NFT Integration on Instagram in Near Time: Mark Zuckerberg

He stated that Users will be able to show off their NFT as well as they can mint NFTs in the upcoming months.