One of the largest crypto miners, Core Scientific reported 1,221 Bitcoin production in July month, which is 10% more than its past month. The increased production rate was observed amid powered-down to support Texas grid operator in extreme heat waves conditions.

Against this production, Core Scientific sold out 1,975 bitcoins to cover expenses behind capital and growth. According to the announcement, the firm made a total of $44 million.

Core Scientific stated that it spent the proceeds on capital investment related to increasing its data center capacity and to pay GPU mining rig manufacturer Bitmain for the 100,000 mining rigs that it ordered in 2021.

After the settlement of the mining rings, Core Scientific is currently holding up 1,205 bitcoins along with $83 million cash on its balance sheet.

“During the month of July, we continued to enhance liquidity, strengthen our balance sheet, streamline our organization and make further progress toward achieving our 2022 operating objectives,” CEO Mike Levitt said in the statement.

In the entire month, the company has used around 195,000 ASIC servers in its data centers that are capable of generating 19.3 EH/s hashrate.

Also, Core Scientific has delivered its data center colocation services, technology, and operating support to around 86,000 customers with ASIC servers. Colocation services contributed around 44% of the company’s total hashrate.

The famed director is moving forward with his Secret Network NFT sale despite a lawsuit from the film’s producer MIRAMAX. 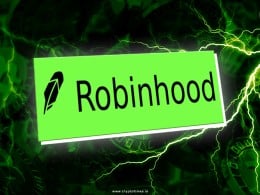 The Chief Product Officer of Robinhood spearheaded the announcement and also laid out Robinhood’s crypto roadmap.

The plasm team expects to become the cosmos’ gateway for other Polkadot projects in the long term.

Peter Schiff’s Euro Pacific Bank is subject to a penalty of $765,000 under the decision for a number of violations of the rules and laws that OCIF enforces.
Total
1
Share