The decentralized oracle network, Chainlink, is now deployed on the Solana mainnet. So developers of DeFi apps on the Solana blockchain will be able to use seven of Chainlink’s pricing feeds in their products.

Seven different Chainlink price feeds will be used by developers, including ones for the BTC/USD, ETH/USD, and USDC/USD trading pairs. According to the press release, hundreds of pricing feeds would be available in the following months.

This will lead to highly decentralized, high-quality, and near real-time price updates, allowing developers to create a new generation of hybrid smart contract applications.

Solana, a non-EVM chain that requires modifications to export data in a format that meets our standards, will be the first of its kind to use Chainlink’s price data service. The Solana deployment from Chainlink is not reliant on external blockchain networks like Ethereum.

Anatoly Yakovenko, co-founder of Solana said, “Chainlink’s launch on Solana will give DeFi developers access to the most widely used oracles in the blockchain. Solana’s high-speed blockchain can deliver high-frequency pricing data to dapps, enabling developers to build new DeFi dapps and products.”

Chainlink also plans to provide more of its services to Solana, including its Proof-of-Reserve service for asset attestations, keepers for event-driven and time-based automation, and its Verifiable Random Function for sourcing randomness.

Sergey Nazarov, co-founder of Chainlink said, “Chainlink is now the most robust and comprehensive oracle network on the Solana blockchain, and we anticipate its role in the Solana ecosystem to expand as we integrate more price feeds and additional off-chain services.”

Also Read: Solana Restarts After a Bug Causes More than 4 hours of Outage 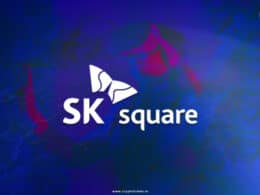 SK Square Wants all its Portfolio Firms to Have Metaverse Presence

According to SK Square Managing Director Huh Seok-Joon, the company will eventually issue a coin for its 'ifland' metaverse platform.

Countries that are facing enormous economic pressure are looking at Bitcoin and other cryptocurrencies as a means to free them from their economic debts.

The President's proposal got approval to substitute the Ministry of Digital Transformation from the crypto regulatory authority list.
Total
1
Share