Bankrupt crypto lender Celsius Network may issue a new crypto token to repay its creditors as it aims to reinvent itself as a “publicly-traded company that is properly licensed.”

According to a Bloomberg report, Celsius has been under pressure from a group of creditors to follow the lead of the Bitfinex exchange, which gave new tokens to affected users following a hack.

Ross M. Kwasteniet, the company’s attorney, told US bankruptcy court judge Martin Glenn that Celsius has been negotiating with various creditor groups on how to establish the new company and issue a new token to creditors as part of a payout plan.

Creditors with locked assets above a particular threshold would receive an Asset Share Token (AST) that reflects the value of their assets in this new payout plan.

Holders of AST may keep their tokens, which according to attorneys would entitle them to dividends over time, or they could sell them on the open market.

Celsius’ lawyers stated the remaining users of the network would get a one-time distribution in liquid cryptocurrency.

According to Kwastaniet, the choice to explore the formation of a “recovery corporation” was made after the platform received no compelling offers for its assets.

Kwasteniet stated “[The distribution] would be at a discount. We’re not envisioning a full recovery, but it’s a meaningful recovery, Your Honor. It would be a one-time distribution in liquid crypto – call it bitcoin, ethereum or stablecoins. Something that has, you know, readily tradable, readily ascertainable market value to everybody who has claims below a certain threshold.”

Any proposed restructuring plan would first be put to a vote among creditors, including Celsius users who have crypto on the platform. Judge Glenn would consider that vote before choosing whether or not to support the proposal.

Recently, Judge Martin Glenn ruled that based on Celsius Networks’ unambiguous Terms of Use, the crypto assets deposited in Earn Accounts are the property of Celsius’ bankruptcy estates. 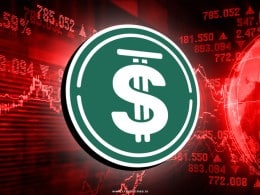 Tron founder Justin Sun revealed transaction data indicating that he exchanged over $203,000 in USDC and $570,000 in USDT for the USDD stablecoin. 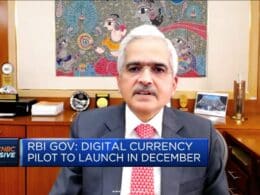 India Plans Digital Rupee Trials by End of This Year

RBI governor Shaktikanta Das said, “We are being extremely careful about it because it’s completely a new product, not just for RBI, but globally.”

The number of OP Governance Tokens a project can claim will be determined by the project's TVL and also the daily transaction volume. 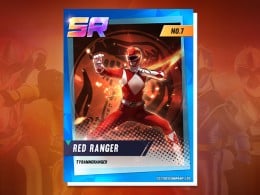 The company is going to launch the first series on April 4 that will feature Zyuranger, the foundation of Mighty Morphin Power Rangers.
Total
0
Share