Hailing from Bosnia, Büşra is a  freelance street and landscape photographer. Büşra started this job with a passion in 2013 but she has been in this industry since 2007. However, her stint in photography started off as a model, but then she wanted to be behind the camera and tell people stories.

Photography being the best way to do that. She took it up as a profession. For her, photography is recording history!

She discovered the NFT marketplace Foundation while researching crypto investments and the rest is history. Calling the NFT space a heavily trafficked platform, she says it is also a challenge and an emotional ride!

When she sold her first NFT, she was very honoured by the words for her collection. Speaking for NFTs, she says it has helped and continues to help artists to make their work visible.

NFT is now her full time job and she aims to stay there as an artist for a long time.

The NFT collection, Moment and Human captures different human moments and different emotions at the same time. Every moment brings in a different mood for different people.

Time is relative, indeed it is!

NYC, is the city of dreams but this fast-paced city also caters to two different lifestyles, moods and certainly people. The two different lives- one is above ground and the other underground.

Underground of New York City, her first NFT collection portrays motions and emotions alike.It is a collection depicting speed, directions. It has 25 photographs that if played in any order as frames for a full-fledged movie.

Thus, it illustrates someone waiting, someone walking, people walking, someone dozing off in the train. One of the photographs is just about the sitting postures of people; almost a peek into the speedy trains where people are mere passengers.

What strikes the most is the ability of static images to show movements; a single frame and different lives.

Scenes from Life is a collection of two photographs titled Imagine and A Love Scene. This collection is just excerpts of life in different scenes available on the marketplace, Foundation.

City of Future, the collection is a trip in one of the cities of the future. Lit by a beautiful multitude of lights, The City of Future #1 is our new world- advanced and quick. The channel to different places in the city of the future is not through paths but through circular portals.

City of Future #2 represents a crossroad of a city. However, the new twist to this one is the city also transports one to woods in an instance.

Gate of Eternity #1 is the first gate on the way to eternity. When one enters through this gate, the concept of time, space and matter dissociate. One is flowing in an endless void.

At Gate of Eternity #2, before one enters the door where everything will turn into energy, a nymph  fascinates us and purifies one from sin and evil spirits.

At Gate of Eternity #3, one purifies sins and evil spirits. A space is opened up where everything turns into energy and where dreams are lived. The gate of eternity has opened for us.. The beautiful nymph accompanies one on this journey.

Photography to some is about freezing the fleeting moments !! But to Büşra, this artform is also about capturing the different faces of a particular moment.

For some, the moment could be the harbinger for happiness, for the crash of violence, for some the chuckling sound of laughter and for some the drop of tear. Thus, a particular moment is the conveyor of different destinies in her artwork.

Besides, Büşra has also incorporated her imagination in her NFT artworks through cyberpunk and abstract forms. The futuristic city, The mythological nymph, and the classical Vitruvian, shamanistic elements are just some of the excerpts from her comprehensive list of multidisciplinary concepts.

Büşra and her NFTs are a doorway to the thoughts behind the lenses of cameras. Her work leaves one longing for more stories- stories that are weaved, imagined but not said. She conjures up not just magical moments but the magic of moments that leaves one in different directions.

People are living chronicles for her and her photographs are the portal of forgotten memories where each one can relate to something or the other. She wants to remind people of a memory/emotion they forgot.

We chose silence over stories. But thanks to Büşra’s vision that captures a hundred stories in multiple emotions; now you can experience it like a spectator or live a  character!!!

On March 8th, every year, we celebrate International Women’s Day devoted to celebrating and recognizing women’s accomplishments, no…

NFTs as an Investment Opportunity

The most important thing investors can do before entering the NFT market as an investment opportunity is research.… 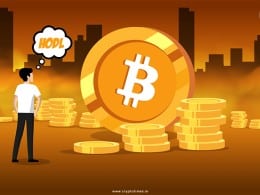 Bitcoin, the world’s first decentralized cryptocurrency, is performing best since the TerraUSD (UST) de-peg, with the price correcting…
Total
0
Share