The hackers in the NFT sector are having the time of their life with the constant successful attacks they are conducting. The latest victim being the Boss Beauties NFT collection whose official Discord got compromised in a phishing attack.

According to a Peckshield report, the hackers stole 45 NFTs in total comprising 15 Boss Beauties, 5 WoW Galaxy, a Beanz, a 3Landers NFT, a VeeFriendsSeries2 NFT and many more.

Apparently the admin of the discord channel got hacked which led to these unfortunate events. The hacker reportedly used beautydrop.io as the phishing site.

The hacker attacked the channel and posted about a fake airdrop event where the users had to pay the gas fees to claim it.

Users eager to claim the airdrop clicked on the site and lost their NFTs. The community only got to know about the phishing attack some time later.

The hacker even banned the Boss Beauties discord moderators to conduct their attack without errors. This means that moderators can’t really do much besides get a hold of the team with ‘manage server’ permissions.

The Boss Beauties team is yet to address this entire situation while the community is alerting everyone to be aware to not click on any suspicious links.

The number of phishing attacks happening in the industry is at an all time high with the hackers managing to find all possible loopholes to organize their attack. Just two days back BAYC discord got hit with a phishing attack of 200 ETH, around $370K after its server was compromised by hacking community manager Boris Vagner’s Discord account. 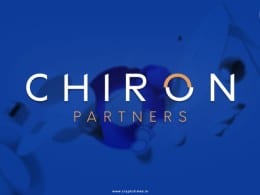 The fund will be used to support decentralized banking apps, metaverse-linked NFT platforms, and more.

Pertsev’s wife is working with lawyers while the Twitter community including several industry executives is condemning the arrest.

More than 100 exhibitors will be taking part in this event including Animoca Brands, Alpacadabraz, and others.

Dave Powell to sell “Vintage of the Century” as NFT

Renowned winemaker Dave Powell is now the first vintner to ever sell an entire vintage via NFT.
Total
1
Share