According to a Monday announcement, the Hong Kong-based software company Animoca Brands is helping the founders of the popular NFT project Bored Ape Yacht Club (BAYC) to develop a play-to-earn game.

Apart from the play-to-earn focus and the fact that it will use Bored Ape NFTs, the BAYC game is set to launch in Q2 2022. A robotic hand clutches an electric banana with the BAYC logo on it in the teaser image.

Play-to-earn games require players to own specific NFT assets in order to play, and then reward them with crypto tokens that can be sold for cryptocurrencies on an exchange.

Although the Bored Ape NFTs are minted on Ethereum, Animoca Brands and Yuga Labs have yet to reveal which blockchain platform the game will operate on.

Many Ethereum-based games, including Axie Infinity, make use of a layer-2 scaling solution like asidechain to reduce fees and provide faster transactions than Ethereum’s mainnet can handle.

Although little is known about the game, it will include a play-to-earn system that will allow users to earn real money by playing it.

Animoca Brands’ co-founder and executive chairman, Yat Siu, stated, “there are very few icons that are able to represent the surging world of NFTs as powerfully as BAYC, which is why we, as a group and in aggregate, hold a significant number of them. We are incredibly excited and proud to collaborate on a game for this cultural milestone.”

It’s also unclear whether the BAYC game would be exclusive to NFT holders or if it will be open to everyone, with NFT owners receiving special bonuses.

Yuga Labs and Animoca Brands have partnered up at a time when blockchain-based gaming is gaining popularity.

Not only has there been an increase in venture capital funding for blockchain-based gaming companies, but gaming behemoths such as Ubisoft are also getting involved in creating its blockchain-centric games.

The company stated that it intends to gain insights into how customers desire to interact in a digital environment with this new endeavour. 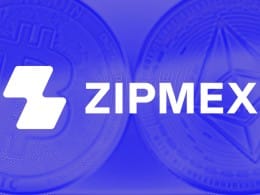 The new blockchain is designed to allow the developers to experiment with various protocols.
Total
0
Share