Blockchain is a distributed, immutable ledger that makes recording transactions and managing assets in a corporate network much easier. On a blockchain network, virtually anything of value may be recorded and traded, cutting costs for all parties involved.
byJahnu Jagtap
Published on - August 2, 2021  12:01
Updated on - August 2, 2021 12:04
6 minute read

Blockchain technology may seem complicated but it is very easy to understand. Introduced by Bitcoin, it is a very simple easily understandable database system.

What is blockchain technology?

Information is the heart of the business and when it is received faster it’s an added benefit. Because it delivers immediate and entirely transparent information kept on an immutable ledger, blockchain is excellent for delivering that information. Orders, payments, accounts, production, and much more may all be tracked using a blockchain network.

The most important aspects of a blockchain consists of distributed ledger technology, immutable records, and smart contracts.

Distributed Ledger Technology (DLT) is a protocol that allows a decentralised digital database to run securely.

The movement of control and decision-making from a centralised entity to a dispersed network is referred to as decentralisation in the blockchain.

Decentralization has drawbacks, such as lower transaction throughput, but the benefits of enhanced stability and service levels outweigh the drawbacks.

Because blockchain is decentralised, there is no single location where it may be stored and hence stored in computers. They are called nodes. Each of the nodes has a copy of the blockchain, which contains all of the network’s transactions. Hence, the blockchain system can be compared to a spreadsheet, with data in each row representing the value of an address.

How is blockchain private and transparent?

Blockchain is private, transparent, and secure all at the same time. That may appear to be an oxymoron, yet it is entirely possible.

Since blockchain exists digitally as a ledger, it can increase the personal security of shoppers and hold businesses accountable. Services on the blockchain protect one’s identity by using cryptography that is both strong and unbreakable. Individual users cannot be traced to public blockchain addresses as a result of this. This makes it more difficult for criminals to gain access to data and ensure that the transactions remain a complete secret.

There’s no denying that blockchain is transforming our understanding of cybersecurity. In the cybersecurity community, transparency is only one of the numerous ways that blockchain may benefit security companies, regular end users, and even governments. It’s not every day that we come across technologies that can both ensure the validity of assaults and make them public. Security companies will be able to provide concrete evidence to back up their claims of performance or efficacy, and individuals will be able to use this information when selecting a cybersecurity solution thanks to blockchain.

How secure is blockchain?

The fundamental goal of adopting a blockchain is to allow people to communicate valuable data in a safe, tamperproof fashion. Because blockchains use complicated arithmetic and novel software rules to store data, adversaries find it incredibly difficult to corrupt them.

The fingerprint, known as a hash, takes a long time and a lot of computational power to create at first. It serves as verification that the miner who added the block to the blockchain performed the computational labour in exchange for a payment. The hashes also function as linkages in the blockchain, with each block including the previous block’s unique hash. The blockchain is tamperproof, or “immutable,” because of this.

Also Read: Definition of Bitcoin and Why do People Use Bitcoin?

Despite all of the criticism and flaws, the technology is worth considering. Blockchain still provides firms with cost savings, increased productivity, and competitive advantage. 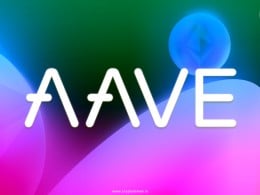 The recent crypto crash has triggered the price variation in stETH:ETH pair, which was formerly pegged at 1:1… 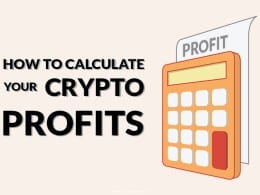 A Complete Guide to Calculate Your Crypto Profits

For every investment made, there must be the hope of some profits. An investment done in unprofitable circumstances…

Compound Protocol: A Complete Overview About It!

Compound is a blockchain-based borrowing and lending dapp. You can lend your crypto out and earn interest on…
Total
0
Share