The crypto exchange BitMEX announced the launch and airdrop of its native token BMEX to account holders in early 2022.

“We will be airdropping crypto tokens (BMEX) in your BitMEX.com wallets by 1 February 2022,” BitMEX said. As of Tuesday,  active, current and new users can earn BMEX tokens.

As per the announcement, both new and existing BitMEX users can gain early access to the BMEX tokens. A new user will get 5 BMEX and 10 USDT as a reward for opening an account and for completing the compulsory Know Your Customer (KYC) checks.

Referrals is one way BMEX tokens can be earned by users. The collected tokens will be airdropped in their BitMEX spot wallets and can be cashed when trading begins in early Q2 2022. Tokens will be listed in its trading platform as well as other targeted spot exchanges, as per the firm.

The BMEX token will apparently have a maximum supply of 450 million and will be vested for a period of up to 5 years. According to the trading platform, the large majority of BMEX will be spent to reward users and expand the BitMEX ecosystem. The firm has made an allocation of 20% for its employees and another 25% for its long-term commitment to the ecosystem and token.

Users holding BMEX will also enjoy perks like trading fee discounts, the enhanced yield on Earn products, priority access to products, participation in swag raffles, and other such benefits.

Meanwhile tokens are used for other purposes too, for instance, trading , yielding and also governing DAOs.  Recently, FreeRossDAO, a DAO, had airdropped FREE tokens to govern its $5.5M treasury. 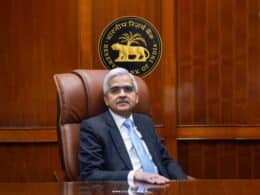 Indian Banks Send Advisories To Customer Not Transact In Cryptocurrency

Many Bank account holders received cautionary emails from their respective bank to refrain from cryptocurrencies.

BlockFi stated that the deposit rates for BTC, ETH, USDC, GUSD, PAX, BUSD, and USDT will be increased from July 1st.

Users in Japan will be able to use LINK at LINE Pay online merchants just like LINE Points, without any commission fees.
Total
0
Share