BitMEX Confirms its Settlement with CFTC and FinCEN

Cryptocurrency exchange BitMEX has agreed to pay a civil penalty as part of a settlement with the CFTC and the FinCEN.  The company announced its willingness to pay as much as $100 million in a blog post on Tuesday. The fine addresses charges that the derivatives exchange allowed illegal trades and violated anti-money laundering laws.

BitMEX didn’t address the less acceptable uses of its platform for years. As FinCEN says the company “willfully failed to comply with its obligations under the BSA (Bank Secrecy Act).” According to the organization: “For over six years, BitMEX failed to implement and maintain a compliant anti-money laundering program and a customer identification program, and it failed to report certain suspicious activity.”

FinCEN claims those issues exposed other financial entities to unnecessary risk. This is due to the company’s unwillingness to collect more than an email address from traders from 2014 to 2020. FinCEN also claims that BitMEX’s senior leadership deliberately altered customer information to hide the customer’s true location.

BitMEX’s announcement didn’t confirm CFTC’s claims or FinCEN’s concerns over the BSA. It also did not address the criminal charges against BitMEX’s original three founders. Everything is apparently fine at BitMEX though, according to CEO Alexander Höptner. “Putting this legal matter with the CFTC and FinCEN behind us will only accelerate our evolution, and puts us firmly on the right path,” Höptner writes.

As part of the settlement, the company has to bring an independent consultant to analyze its transactions, policies, and procedures.

FinCEN has proposed regulations for crypto wallets that would require identities to be tied to transactions of certain sizes. 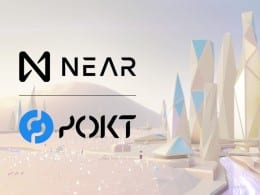 Pocket Network’s update not only provides ample bandwidth for the NEAR blockchain network but also enables revenue generation.

Australia’s Rest Super to invest in Crypto for its 1.8M Members

Australian winning Industry Super fund is planning to invest in crypto on their members’ behalf, yet it’s still speculating about the volatile crypto market. 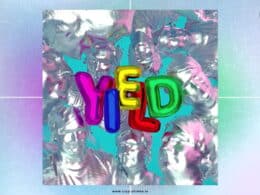 Yield is not just a short video but also a social experiment.

The Nelson Mandela NFT sale proceeds will go towards Liliesleaf Museum Heritage Site, who received the original document as a donation in 2004.
Total
0
Share