Bitcoin: The Most Accepted Cryptocurrency Around The World

Bitcoin is the worlds first ever invented, most adopted, and known cryptocurrency to facilitate instant payments. It operates similar to any digital cash but on its own decentralized network to perform transactions around the world. It brought decentralization in the usage of money and currency.

Cryptocurrencies, such as Bitcoin, are a sort of digital currency that was introduced for the first time in January 2009. “BTC” is its abbreviation.

Bitcoin promises reduced transaction fees than existing online payment methods and is controlled by decentralised computer networks. It is not issued or backed by any banks or governments, and a bitcoin transaction has no monetary value.

Regardless of the fact that it is not legal cash, it is extremely popular and has helped create many cryptocurrencies known as altcoins.

Bitcoin operates without a central authority or banks due to peer-to-peer technology; the network manages transactions and issues bitcoins collectively.

Satoshi Nakamoto introduced bitcoin to early-stage developers Via its Whitepaper. He built a community at “Bitcoin.org” where people can work on its improvements and proposals, however, decisions are only made by the worldwide supporting community. Technically nobody owns a Bitcoin network, it’s distributed among the whole world and it has a mechanism to incentivize network participants Via Bitcoin.

Three potential candidates are listed below.

The desperate attempt to reveal bitcoin’s creator was Dorian Nakamoto who could have been the currency’s founder by Newsweek in March 2014. Because of their vast similarities, both were said to have libertarian leanings and had ties to Japan. Although later Dorian Nakamoto said that “he got nothing to do with it”.

Another individual named Craig Wright, an Australian scientist also came into the scenario due to his qualification and his numerous contributions. Also, a comment by him claiming “a bit of everything” even raised a few eyebrows.

Finally, Nick Szabo, a computer engineer and legal scholar, credited for proposing the concept of smart contracts in a 1996 paper. Another hint is that both Szabo and Satoshi mention Carl Menger, an economist. This strongly suggests to the author that Nick Szabo is Satoshi Nakamoto.

From what we know, Satoshi Nakamoto is probably not his real name, it is his pseudonym, Satoshi could be a single person or a group of people.

How does bitcoin work?

Each Bitcoin is essentially a computer file that is stored on a smartphone or computer in a “digital wallet” programme. Bitcoins can be sent to a digital wallet, and one can send Bitcoins to others.

Every single transaction is recorded in the blockchain, which is a public ledger. This allows users to follow the history of Bitcoins, preventing them from spending coins they don’t own.

Many imitators have followed Bitcoin’s footsteps, but it remained the largest cryptocurrency by market capitalization for more than a decade.

Although Bitcoin technology is mostly safe, there are still risks to consider before investing. Bitcoin transactions aren’t anonymous, cryptocurrency prices can be extremely unpredictable. However, cryptocurrency wallets and changes used to store bitcoins are vulnerable to theft as they use only passwords as security.

All ledgers are open to the public. If someone knew how much and where they had spent it, they could track it down and could even blackmail.

Bitcoin is legal in the US and got listed as a convertible decentralized cryptocurrency by the US Treasury in 2013. Recently Coinbase went for its first ever crypto-exchange IPO in the world, becoming the most famous Bitcoin exchange in the US.

In South Korea bitcoin is legal. Cryptocurrency trading is restricted for minors as well as outsiders. Only adults in South Korea can transact on registered exchanges using their actual information.

China doesn’t consider cryptocurrency as legal tender and its banking sector does not acknowledge it.

Currently, in India bitcoin is not illegal. Although India has been through thick and thin over the years. Right from RBI’s ban in 2018 to the news about an imminent law to ban cryptos in 2021. It is undeniable that even after such a stringent environment, India still bags a solid user base of $64 million trading volume for BTC.

On the basis of these and other variables, we can compare Bitcoin and cryptocurrencies in general to fiat currency. Bitcoin’s supply is finite, whereas in the case of all other fiat currencies governments print them on a regular basis. As a result, BTC has a high value due to its increasing scarcity. This is also why the value of one BTC in relation to multiple currencies skyrockets.

Cryptocurrencies like Bitcoin are not only immensely more “durable” than fiat currency, but they are also safe. Bitcoin is based on a decentralised ledger system that is reviewed for accuracy many times on each individual ledger. This shows that a transaction will only be allowed if all of the network’s systems approve it.

Another significant advantage of Bitcoin is its divisibility up to 8 decimal places. For easier transactions, 1 BTC can be split into 0.00000001 bits, each dubbed a “Satoshi”. This is similar to how a US dollar is broken down into cents, whereas none of the fiat currencies has it.

Why is bitcoin trending?

Due to its massive market cap of over $1 trillion and a large number of users, Bitcoin is regarded as the most successful cryptocurrency. Bitcoin has a user base of over 40 million people.

Even blockchain technology is another major reason for its popularity. As a result, this is a decentralised system, features like data transparency are being added to currency’s popularity.

Online exchange sites are another factor for Bitcoin’s popularity. The majority of trading sites accepts Bitcoin because it was the first cryptocurrency.

The blockchain network was also programmed to increase the level of the mining as the number of Bitcoin users on the network grows.

How to trade Bitcoins?

Bitcoin trading is a method of speculating on price swings in cryptocurrency. Rather than buying BTC on an exchange and expecting that its price rises over time, cryptocurrency traders are increasingly employing derivatives. They are doing this to bet on both rising and falling values in order to profit from bitcoin’s volatility.

To get in on a bull market or short a recent boom, you must first grasp the elements that influence bitcoin’s price. Then the trading style and strategy of bitcoin are picked up. Then a type of exposure to BTC is chosen. Further, deciding whether to go for long or short according to market sentiments. One can set up limits according to his/her wish.

Also Read: Definition of Bitcoin and Why do People Use Bitcoin?

The globe moved away from metal coins and toward paper money. This was possible because financial firms and regulatory organisations at the time pushed for it as the changeover was made possible. They saw the benefits and embarked on a new era in human history that has lasted to this day.

Cryptocurrencies such as Bitcoin are currently accumulating tremendous value in the expectation of becoming the world’s future form of cash. They are offering all advantages of traditional currencies, but they lack the approval and regulation of world governments.

The use of cryptocurrency and Bitcoins will almost certainly follow a similar path in human evolution. Bitcoin can’t be stopped from ushering in a new era of finance if the regulatory authority declares them as a valid currency. 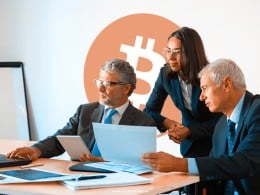 The Piqued Interest of Investors in Cryptocurrency and its Utility

Cryptocurrency has become the buzzword for everyone who is into investing and trading. The reason is that cryptocurrency…

What is Ethereum Governance Mechanism? 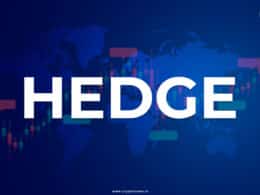 Most cryptocurrency investors prefer a “buy and hold” strategy, hoping that their portfolio will “go to the moon”… 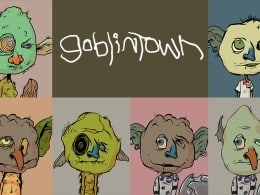 The gibberish-speaking goblins are taking over the crypto mainland. These new, comically bizarre creatures are settling into Goblin…
Total
0
Share