In a year that has suffered bankruptcies, controversies, and scandals, the investors’ portfolios sat deep in the red while the FUD among traders grew. Bitcoin price prediction for 2023 has optimistic calls on the crypto market, as prices have reached the bottom of the pit and can’t fall any lower.

However, Bitcoin price predictions for 2023 will be full of crypto price momentum as the largest cryptocurrency, even referred to as the “king of the crypto,” Bitcoin, has unprecedentedly slumped 75% over the last few months.

With that, the crypto empire rattled to its core as other coins also dwindled down to nothing. In the midst of crypto winter in 2022, we helplessly watched $2 trillion wiped off from a $3 trillion market that now stands at $947 billion.

On top of it, Bitcoin’s current price is curbing the newly surfaced enthusiasm in the market, as prices in the first half will only add to the bearish outlook. A longer-term downtrend has signaled the start of a new Bitcoin cycle, which gives hope to investors that they can again fill their pockets to the brim.

Well, there is a thin line between hope and hallucination. Before that line starts to blur, read our Bitcoin price prediction for 2023 based on technical and rainbow chart analysis with facts and no frills. It’s time to delve into this year’s most daring and bittersweet bitcoin price forecast.

Though the bitcoin price has bounced between $18,000 and $22,000, we can see a turnaround of events that could boost prices in 2023 Q3. As per the technical analysis, in the second half of 2023, Bitcoin will enter a recovery phase and move sideways as more players participate in the market.

The uptick in the activity would draw institutional investors, corporations, and venture capitalists, to invest in Bitcoin and derivatives. You might be thinking, what would be the driving factor to begin a bull run or say potential recovery? As per the seminal history of cryptocurrency, there is a proven market cycle that goes through several phases, and as of now, we are on a bottleneck of a downtrend.

Crypto analysts are expecting bitcoin to enter the accumulation phase, followed by an uptrend later in 2023. To know what the crypto market scenario will be in the coming months, let’s understand how bitcoin is performing currently.

After that, the market began to bottom out, with TerraUSD becoming worthless, Celsius’s bankruptcy, and FTX’s founder getting arrested on alleged fraud charges, leading to the exchange’s abrupt collapse. That was the last straw for the crypto market, and with it, many crypto firms got entangled in insolvency, liquidity crunches, and regulatory scrutiny.

During this time, what we refer to as crypto winter, bitcoin price saw a sharp decline that ultimately dragged its value down to a mere $16,000 by the 2022-end.

While other cryptocurrencies struggled to sustain themselves in bear markets, Bitcoin kept a good score in the first half but began swinging between $16,000 and $18,000 by the end of 2022. Since the crypto market appears to be at its lowest, Bitcoin price prediction for 2023 suggests a reversal of the situation and possibly the start of a new uptrend.

Speaking of Bitcoin price prediction for 2023, many are hoping for the strong comeback of bitcoin and other cryptocurrencies to claw back losses. In contrast, Bitcoin, which was around $37,983 last year, has fallen to $18,800.

If we consider the bitcoin price movement from 2021 to uptill now, it’s only around a third of its value. To put it in context, the price of bitcoin has dropped by over 75% from its record high compared to 2021 year-end.

The crypto market dynamics have undergone a drastic shift, but this hasn’t weakened the confidence of Bitcoin investors. The reason is, crypto enthusiasts are aware of bitcoin halving in 2024 which will have a positive run.

Despite the slumped prices and dried-up trading volumes, as per bitcoin price prediction for 2023, bitcoin would get over the bear market and will live up to its reputation.

The Bitcoin Price Prediction for 2023

To compare the past performance of bitcoin to the present scenario, we will now study the graph to draw out bitcoin price prediction for 2023. As per the technical analysis, in the first half of 2023, bitcoin will have difficulty in climbing back to its previous all-time high but prove its resilience once more.

In November 2021, bitcoin reached $68,000, forming an all-time high, following which a downward momentum began. In 2022, bitcoin prices made consistent lower lows, resulting in a bear market sentiment. Soon after, long-term resistance was formed when it was rejected at $48,000 in March. Before the FTX collapse in November, bitcoin had crossed its long-term resistance in a sideways pattern that continued for months.

From the soaring highs, bitcoin price saw plummeting lows which resulted in a double bottom around November 2022 to January 2023.

In the graph above you can see the double bottom pattern, which includes an intermediate high in between. The twice-touched low suggests a long-term reversal and shift in trend. This translates to: the bitcoin price will start to pick up but we can only see higher highs ranging from $18,000 to $22,000 in the Q1, referred to as the accumulative phase.

Venture capitalists, institutional investors, and traders will be responsible for the rising bitcoin prices in this phase due to surged purchasing volume. On the other hand, Q2 of 2023 shows a sideways trend within a consolidated range, eventually hitting $45,000 by the end of the year.

Rainbow chart is the essential statistical tool for bitcoin price prediction for 2023. Now, we will analyze the long-term price movements of Bitcoin. In the rainbow chart given, you can notice bitcoin halving events taking place in the interval of four years.

If you study the rainbow chart up-close, a pattern is suggesting that before every halving event, there is a sharp dip, where prices stoop to the lowest indigo bar.

For example, the latest bitcoin halving took place at the end of 2020, and just before that the crypto market is noticed to be in indigo range, denoting BTC was undervalued. However, after entering the indigo zone, in November 2021 Bitcoin touched the second-last red band, reaching its all time-high of $69,000. This indicates, bitcoin has always shown a price reversal after a prolonged steep downtrend.

Similarly, the next halving event is expected in 2024, which explains the reason why BTC prices are declining. Since we are in the indigo zone, the bitcoin prices will begin moving upward in the year end, in the same pattern it followed in 2021.

Bitcoin price prediction for 2023 also suggests that the chills from the crypto winter will last until Q3 of 2023. Just before bitcoin halving, you can even see Bitcoin hit $16,000-$18,000 temporarily, just to pick up again at a faster pace.

The commodity experts predicted that bitcoin would be the best performing asset in Q3 2023. It will also show an upward trajectory and outperform most asset classes. However, the beginning of 2023 will follow the gloomy downtread for another two to six months until it will reach the potential accumulative phase.

It is expected that bitcoin can touch even $50,000 mark by the end of 2023 or swing between $40,000-$45,000 as per the Bitcoin price predictions for 2023. This bitcoin forecast is purely based on technical analysis, rainbow chart, and bitcoin cycle that have also drawn promising patterns.

Bitcoin has always proven its resilience in that past and has capacity for strong comebacks. For the past eight years, financial experts have been eyeing the bitcoin bubble to “burst” but it has consistently come back in a bullish trend. Meanwhile, you can consider the present market scenario as a good opportunity to buy BTC on the low as bitcoin will shoot up to startlingly high prices in the coming months.

As per the technical analysis, Bitcoin would begin its recovery phase in the first half of the year and its price would start to climb up in 2023 Q3, mostly driven by bitcoin halving events that will take place in 2024. Nevertheless, we can see Bitcoin hitting the $45,000 mark at the end of the year. 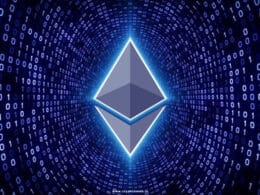 Following the recent dump on the crypto market. Ethereum has taken a massive hit by dropping from $4300…

Why are many Countries Adopting Cryptocurrencies?

Cryptocurrencies have been gaining more traction with several countries embracing the concept of decentralization. While cryptocurrency can be…
Total
2
Share