The Federal Reserve raised its benchmark rate by three-quarters of a point for the first time in 28 years.

The increase is intended to combat the worst inflation in about 40 years. In May, inflation rose 8.6 percent, exceeding expectations for the first time since 1981.

As a result, the Bitcoin and altcoin markets may suffer in the long run as investors withdraw risky assets from their portfolios.

The wider cryptocurrency market was under pressure as rumors of Three Arrows Capital (3AC)’s liquidation spread throughout the ecosystem. 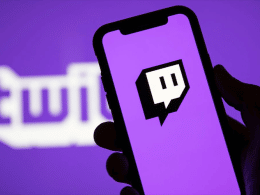 Twitch will ban live streaming gambling sites such as Stake.com, Rollbit and Duelbits.com.

The proposal defines a new staking mechanism that overcomes some drawbacks from the existing system.

CoinFLEX predicts that it will take roughly 12 months to obtain a verdict on the debt recovery in Hong Kong through the arbitration process.
Total
0
Share