After a record-breaking year with Bitcoin maintaining its streak in trending on multiple social media platforms, it’s time to wrap it up in lists, forecasts, and predictions. Given the rapid pace at which it is being adopted globally, some analysts believe Bitcoin will surpass the $100,000 milestone in 2022.

To begin with, let’s open up your mental model to imagine a decentralized world where bitcoin has become a currency in everybody’s hands. Well, that’s too optimistic to be true for now at least, but the statistics show that Bitcoin is on its way towards mainstream adoption.

It’s easy to see why. The year unfolded with bitcoin hitting numerous milestones reaching all-time highs, accompanied by breakthroughs like “Taproot update” and Lightning network. US approval for its first-ever Bitcoin ETF came as the next big thing on the list. Even it became legal tender in El Salvador.

This uptick activity in bitcoin prompts us to wonder if it will continue to live up to its status as the world’s largest cryptocurrency in 2022, as it did last year. So, let’s take a look at what’s ahead in 2022 for bitcoin.

Will Bitcoin Continue to Dominate the Crypto Space

Bitcoin had a bumpy ride over the last few months, but there have been more ups than downs. Despite regulatory authorities and policymakers tightening their grip on the bitcoin trade, it has rebounded to near its record value.

Market saturation increased selling pressure, and end-of-year profit-taking are usually reasons that contribute to a dip in the value of Bitcoin. To top it up, the covid wave had a major impact on the crypto market, needless to say, bitcoin also suffered considerably.

All these factors combined made investors dump their risky assets including bitcoin. Consequently, bitcoin slumped low with a reduced market cap. It’s worth noting that bitcoin is known to bounce back, maintaining its dominance in the market. Interestingly, bitcoin has surpassed 1 trillion dollars not once but twice in 2021.

At the time of writing this article, the value of bitcoin is around $51,000 and the market cap is around $950 billion, it is fair to argue that bitcoin has the potential to cross $2 trillion in 2022.

2021 emerged as the year that expanded bitcoin’s reach, engulfing all sectors from tech giants to mainstream financial services to all sorts of business models. The coming year can be challenging as several rival cryptos are making their way up in an attempt to beat bitcoin. Nevertheless, the bitcoin market is too big to fail and will continue to dominate the decentralized world.

Will Bitcoin turn into a Safe Haven or a Risky Asset in 2022?

It is too soon to predict if bitcoin will stride towards an upward path or will go downhill from 2022. When we look back down the road, 2021 was the year that made it big. Further, it’s impossible to ignore the fact that bitcoin has been trending in terms of widespread acceptance and technology advancements throughout the year.

This might strike as a relatively conservative estimate for bitcoin’s value, but it can be said that in spite of its volatility, it has performed fairly well in the crypto market. Thereby, some experts even claim that it seems to hit the $100,000 mark in 2022.

According to miners, Bitcoin will continue to be bullish in 2022. The reason is, when Chinese authorities prohibited miners from trading bitcoins, they did not sell their holdings. Instead, miners sold some of their bitcoins and turned to nations that still support bitcoin, such as Kazakhstan and the United States. This is a clear indication that they are optimistic about bitcoin’s resurgence.

With strict speculation of central banks over monitoring fiat currency circulation, bitcoin has emerged as a hedge against rising inflation.

The decentralized nature of bitcoin allows anyone to contribute to its development as well as have access to its code in order to make improvements. One such development is bitcoin’s “Taproot upgrade” which added on more layers to improve scalability and privacy.

Blockchain technology makes this process secure while maintaining the privacy of the users. Further, once the transaction is made on the blockchain it can not be altered or deleted, Hence each activity is recorded in order to provide optimum security. All these advancements have the potential to make bitcoin a safe haven for investors in 2022, yet every investing tool possesses certain risk factors which can be minimized with proper research.

Crypto firms are on a marketing rampage with an aim to make bitcoin globally recognized. Bitcoin has been growing in demand requiring large-scale institutional adoption. The idea to launch an ETF came forward to meet the increasing demand for bitcoin. Countries like the United Kingdom and Canada quickly hopped on board to follow the lead in developing an ETF.

Amid ongoing conflicts between the U.S. SEC and crypto firms, ProShares managed to succeed in not only releasing its ETF but also witnessing $1 billion trading volume on its opening day. Crypto firms and other institutions embraced ETF as a tool to make bitcoin accessible to all.

Among several institutions thriving to make bitcoin mainstream, MicroStrategy emerged as the biggest bitcoin holder with a total of 122,478 bitcoins purchased in 2021.

Following the suit, major financial services such as Visa and PayPal have already embraced bitcoin as a payment method. Food-chain giants aren’t far behind either, with Starbucks, Burger King, Coca-Cola, and a slew of others joining the crypto boom.

Along with that, many business personalities continued their rally to adopt bitcoin in collaboration with major crypto trading platforms and financial institutions. This clearly indicates that not only crypto players but also several renowned industrialists, retailers, celebrities, sportspeople, and influencers began to recognize bitcoin. Hence, it’s logical to conclude that bitcoin over the years has built trust in its blockchain-backed system.

Many payment gateways have been acknowledged due to high volatility in the crypto market. Due to rapid rises and declines in a matter of hours, it becomes vital to convert bitcoin quickly into fiat currency to avoid any monetary losses. Thus, payment gateways facilitated the platform to make the whole process more convenient to investors. Coinbase, PayPal, Coingate, CoinsBank, Shopify, GoURL, and many more are some of the leading platforms to consider.

All these initiatives and models are proof that bitcoin has almost become a mainstream idea and will continue to evolve in the upcoming year.

The Bitcoin community adopted the Lightning Network in 2021, in order to conduct transactions more efficiently. This second layer technology uses micropayment channels to scale its blockchain to make the transaction process cost-efficient, faster, and readily confirmed than conventional bitcoin blockchain.

The Bitcoin Lightning Network continued to grow amid increasing crypto adoption from both institutional and retail investors. As per the data provided by Bitcoin Visuals, the nodes count with active channels on Bitcoin’s Lightning Network has increased to 23%, with over 3,500 new nodes added. The surge points that the network has been growing stronger, along with Lightning Network’s popularity exploding in 2021.

The goal is to improve the network’s security, reliability, efficiency, and usability. As a result, the year 2022 presents a clean slate for achieving this aim.

The crypto market will remain volatile with bitcoin prices swinging from dramatic highs and lows even in 2022. This may initially prompt investors to doubt whether bitcoin is or has ever been a safe-haven asset. Bitcoin, on the other hand, has repeatedly demonstrated that it has always rebounded from even the most dramatic losses.

Bitcoin and Gold are competing with each other to become the best financial investment, both are considered as a great store of value. 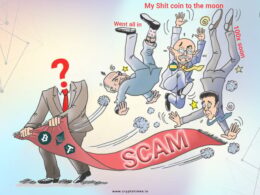 Le anime by toomuchlag is a Blend Of Art, Collectible, And Gaming NFT project On Ethereum. 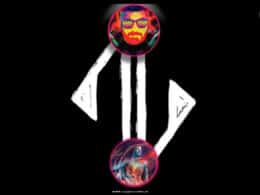