Bitcoiner Tilo Neumann lit the Bitcoin logo on one of the tallest structures in Europe, the Berliner Fernsehturm tower in Berlin, on January 21. Neumann shared the videos of the same on his Twitter handle.

“Berlin is definitely not rich, that’s probably true. Nevertheless, “we” want to draw attention to Bitcoin. After all, it is about our financial future. Some people sit down on a street and stick to it “we” have decided to do it differently,” Neumann tweeted.

According to Neumann’s Tweets, he has participated in various projects to advertise Bitcoin on landmark structures and locations. He revealed that the Bitcoin logo was shown on the Berlin Wall’s historic site in November of last year.

Subscribe to The Crypto Times for more Bitcoin Updates!!

After winning the controversial defamation suit, Johnny Depp is now calling out his daughter Lily-Rose Depp’s silence all… 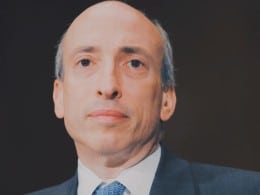 Gensler also highlighted that if Congress gives the CFTC major oversight over crypto, his own federal agency must not be overlooked. 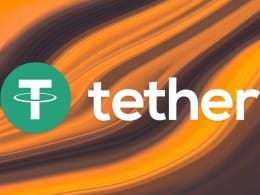 Tether slashes nearly $30 billion in commercial paper without incurring any losses, as it maintains a diverse portfolio with limits on exposure to higher-risk assets.

Australian Mayor Tom Tate, has suggested that in the future taxes can be paid with cryptocurrencies, amidst the…
Total
0
Share