The famous BAYC NFT whale Franklin Caldwell who goes by the name franklinisbored on Twitter is once again the talk of the NFT town for selling his y00ts NFT mint spot.

Franklin currently owns more than 60 BAYC NFTs making him the sixth-largest Bored Ape collector. Just a few hours after the y00ts mint event got delayed due to a blocker bug, Franklin sold his y00ts NFT.

He did this to boost his profit by selling the mint while there was still anticipation of the drop. “I was able to sell my mint for 127.41 SOL after fees. I spent about 37 SOL on the DUST, and paid 6.85 SOL to the team through royalties on my sale” Franklin tweeted.

When criticism started flowing in from NFT Twitter for selling the mint, Franklin stated that he’d rather be open about taking profits as y00ts is such a high-profile collection with a visible list.

“Also a 90 SOL profit for an inexperienced SOL trader is hard to say no to. It’s good data and feedback for the team. And yes, I desire to make more lists and repeat this” Franklin added.

DeGods and y00ts NFT creator, Frank, also joined the conversation wondering why Franklin took such a decision. Frank chimed in by saying “Gonna be hilarious when DeGods flip Apes this year, though.”

Then unfolded the Twitter catfight between Frank and Franklin with the latter tweeting “I am more obsessed about my BAYC apes than @frankdegods is about DeGods/y00ts/DUST. Sorry if that offends you, but more than one person named Frank can be ultra-determined and focused. Get used to it.”

Frank didn’t hold back and tweeted that he thought Franklin just wanted the Twitter engagement now it sounds like he doesn’t with all these shady tweets.

Amidst all this chaos, y00t NFTs remains unbothered and successful as in less than 24 hours, the collection generated over 190,000 SOL in volume, approximately $6.1 million.

At the time of writing y00ts NFT, with a floor price of 159 SOL, occupies the top spot on OpenSea’s 24-hour volume statistics.

The Y00ts team has also revealed a second NFT collection titled T00bs. T00bs offers an additional point of entry into the Y00ts ecosystem and boosts the project’s total worth. 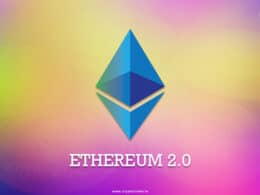 $33.5 Billion Worth of ETH ‘locked’ in Single Largest Ethereum Contract

The contract is an Ethereum 2.0 Beacon Chain staking contract and cannot be spent without a hardfork. 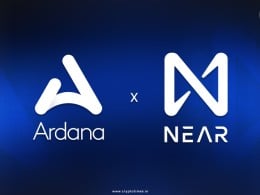 DeFi Platform Ardana Formed a Strategic Partnership with NEAR Protocol

The partnership will build the bridge infrastructure required for asset transfer between Cardano and NEAR. 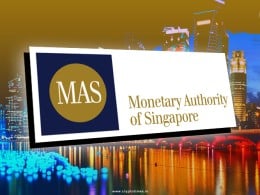 Shopify Permit its Merchants to Directly Sell the NFTs