Amid the ambiguity over whether to roll out the central bank digital currency (CBDC), the Bank of Japan (BoJ) is planning to run pilot tests for Digital Yen next year. Reportedly, the Japanese central bank has collaborated with three megabanks and regional banks to conduct a CBDC issuance pilot.

The pilot intends to provide demo experiments for the issuance of Japan’s national digital currency, the digital yen, beginning in spring 2023. The move is expected to follow two years of experiments to decide whether to issue CBDC by 2026.

Note that, the Bank of Japan last year conducted an internal trial to test basic functions needed for issuance and circulation of digital currency. The upcoming program is the end-stage trial with a focus on practical application.

As part of the trial, the Bank of Japan will cooperate with major private banks and other organizations to identify and solve any issues related to customer deposits and withdrawals on bank accounts.

These trials would also involve testing the offline functionality of Digital Yen, targeting payments without the internet. While Japan is still to kick off its CBDC experiment, the NY Fed has published a report on the first phase of wCBDC research “Project Cedar”. 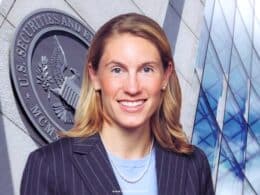 Under the current administration in the United States, a safe harbour for token offerings does not appear to be helpful.

The U.S. Securities and Exchange Commission (SEC) has claimed that essentially, the entire Ethereum network falls under the…

The founder and CEO of MicroStrategy argued that the Ethereum protocol lacks stability in terms of technical development, security, and ethics.