DEX Curve Finance launched its first native stablecoin crvUSD, and this news coincided with a trader (presumed to be Avraham Eisenberg) borrowing the available CRV tokens on Aave, totaling more than $50 million. Following a series of wild swings in the CRV price, that position has reached its liquidation point.

“The liquidations were successful (and worked as designed), but unfortunately, the size of the position left some excess debt within the protocol.”

Curve Finance appears to have been the victim of a large short-seller attack.

Based on discussions about the trade (found here), the trader has previously been linked to the contentious Mango Markets exploit on the Solana network and is speculated to be building up a CRV short position to profit off a price decline.

The Mango Markets exploiter first borrowed CRV by exchanging $40 million in USDC stablecoin. This allegedly caused the CRV price to fall from $0.625 to $0.464 during the week.

As of 12:20 pm ET, the exploiter had approximately $58 million in USDC backing a $50 million loan of CRV, and by 1:10 pm ET, the entire position had been liquidated, leaving the Aave protocol with 2.64 million CRV (approximately $1.7 million) in bad debt.

“A large CRV borrow that had been building up for the last week was mostly cleared by the protocol liquidation process. However, the position was not covered entirely & 2.64M CRV (≈ $1.6M at current value) remains. This represents < 0.1% of the borrows on the protocol,” clarifications came from Aave.

The owner of the CRV-borrowed wallet transferred the tokens to OKX. 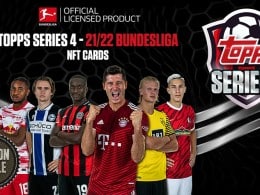 The ‘Topps Series 4 Bundesliga NFT’ card is expected to drop on 29th June at 1 pm ET.

Fidelity Investments Aims to Create a Better Relationship with Bitcoin

Fidelity’s plan to control the cryptocurrency market seems to be more ambitious than ever. 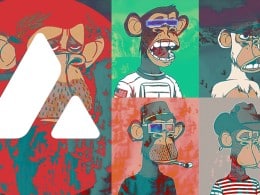 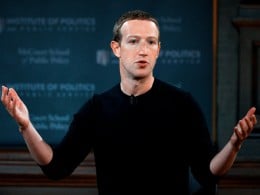 According to Mark Zuckerberg, only 20% of the company's investment portfolio goes into Reality Labs, Meta's metaverse development arm.
Total
0
Share