Argo Blockchain files to List Its IPO on The NASDAQ

Argo Blockchain PLC has filed for an initial public offer (IPO) in New York on the Nasdaq Global Market. The miner filed for the SEC approval to sell American Depositary Shares (ADS).

ALSO READ: Argo Blockchain files for IPO In the US

Earlier this week, Argo said that it became the first Climate Positive publicly-traded cryptocurrency miner. The Company has built out its Climate Positive Strategy over the last year, reaching a lot of milestones. 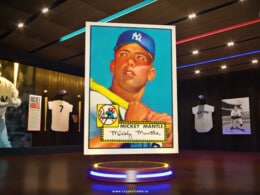 After the incident many NFT communities have been actively tweeting to warn more users to not click on any hyperlinks which come from Duppies Twitter account.

RIAA’s complaint against OpenSea comprises a list of .eth domains that the association thinks violate the 1999 Anti-Cyber-Squatting Consumer Protection Act.

It would have marked as the largest sale in CryptoPunk history if the token had sold,
Total
0
Share