Are NFTs Artworks?: A Heated Debate Among Wikipedia Editors

While the NFT community is equating art with NFTs, Wikipedia editors are debating whether NFTs should be categorized as non-art.
byRupal Sharma
Published on - January 13, 2022  17:20
Updated on - February 1, 2022 10:42
2 minute read

The NFT community and Wikipedia editors engaged in a lively debate over Twitter about whether NFTs should be considered as art or not. NFT enthusiasts stirred the pot with their bold statements like ‘Categorizing NFTs as non-art would be a disaster!’

The Wikipedia editors vs. NFT enthusiasts’ debate started when the edit was made on the Wikipedia page titled ‘Talk: List of most expensive artworks by living artists’. The edit recommended the separation of NFT sales and artwork sales. This started a series of discussions over the matter that soon turned into ranting and raving.

The notable NFT artists who have been the topic of discussion were Beeple and Pak. Wikipedia editors argued that NFTs by both these artists don’t qualify to be on the list of most expensive artworks, as NFTs are not art.

The artworks that are in debate to be removed from the list includes Pak’s ‘Merge’ NFT whose sale worth $91.8 million and Beeple’s ‘Everydays: The First 5000 Days’ which was sold for a stunning $69.3 million

According to Pak’s tweet, an NFT serves like paper, a canvas for art, It’s a medium. To prove his point, he also referred to his tweet made earlier in 2021, which emphasized the need to understand the medium.

Many NFT lovers and collectors started to rally on Twitter, backlashing Wikipedia editors for questioning NFTs as art forms. An NFT enthusiast on Twitter explained that not all NFTs are art but art NFTs are art and should be treated as such.

Much like art, the concept of NFTs is complicated and can not be reduced to just art stereotypes that make it look ‘aesthetically artistic in a sense’. In fact, NFTs engulfs many formats like music NFTs, video NFTs and art NFTs as well. In a contemporary era, art should not be narrowly defined and unfairly diminished into just drawings, paintings and sculptures.

Digital art, which we most of the time see as NFTs, is a thing now and has its own significance in the art industry. Undeniably, NFTs are art. Moreover, It’s fair to argue that many digital artists are getting the recognition that they deserve, which would otherwise go ignored by galleries and the legacy art world. The NFT world has genuinely become a true artistic medium for many!

Both the companies have filed papers with SEBI to explore both the blockchain ecosystem and virtual digital space. 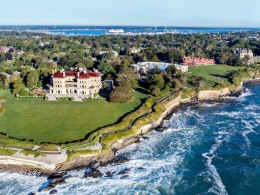 The donations of $500 million from local private banks and $125 million from the state would be used to fund the initiative, “Green Housing Fund”.

The REC director emphasized the need of creating a Sandbox “in order to identify all possible risks in terms of regulation and technology.” 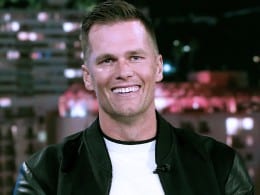 Tom Brady stated that his NFT marketplace Autograph wouldn’t have been possible if not for people like Vitalik Buterin.
Total
31
Share