Just a week after the big launch of Proshares, it wants to change the way it runs its new Bitcoin futures ETF.

According to Barron’s, ProShares CEO Michael Sapir has requested an exemption from trading limits at the Chicago Mercantile Exchange, where the company buys futures contracts for its Bitcoin ETF, as well as the ability to participate in other forms of derivatives trades.

Bloomberg ETF analyst Eric Balchunas stated that Barron’s report validates what he’s been hearing too, that ProShares is filing to be free from CME position limitations AND he can utilise swaps if necessary. He also said that both would obviously be extremely beneficial in terms of maintaining exposure if $BITO continues to grow.

The CME has set a limit of 2,000 Bitcoin futures contracts expiring in the same month. In November, ProShares can only retain 4,000 contracts, with a total of 5,000 contracts. ProShares currently has 2,133 contracts for November and 1,679 contracts for October, accounting for 76 percent of its total contract maximum.

The ETF puts 25% of investor money into a Cayman Islands entity that is then told to buy Bitcoin futures on the Chicago Mercantile Exchange. Since its start on Tuesday, the ETF’s assets under management have grown to more than $1 billion in 24 hours.

ProShares is now investing the remaining 75% in Treasury Securities and the Repo Market. To generate leverage on its investments, ProShares also borrows money from the repo market. ProShares invests this leveraged cash in futures contracts, which are cash-settled bets on the future price of Bitcoin.

ProShares is considering investing the remaining 75% in something other than treasury or repo securities, according to Sapir. He suggested that it invest in future-dated contracts, swaps, or structured notes. ProShares detailed this in a prospectus released on Tuesday. The fund may invest in other assets that connect with the price of Bitcoin and other cryptocurrencies after consultation with the SEC Staff.

The firm also stated that it may invest in stocks that are linked to the cryptocurrency business, such as Bitcoin miner Riot or MicroStrategy, a cloud computing firm based in the United States that became enamoured with Bitcoin about this time last year. 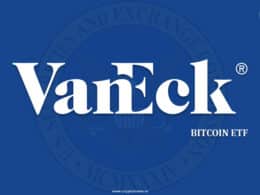 The Regulator intends to take an additional 60 days to review the proposed rule change. 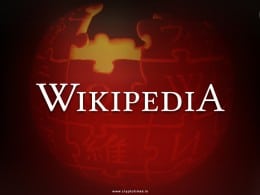 Majority members of the Wikipedia community are vehemently against using cryptocurrencies for donations citing environmental concerns.

Set to trade under the RAND ticker, the Galata platform will enable the CoinShares Physical Staked Algorand ETP.

Binance to Terminate its Derivative Offerings in South Africa

Binance to put an end to its products and services offerings, restricting South African customers to use their derivative products.
Total
1
Share