21Shares, a cryptocurrency exchange-traded product (ETP) issuer announced today about launching Europe’s first crypto product linked to the performance of polygon on the Euronext markets in Paris and Amsterdam.

21Shares will track Polygon, the Ethereum scaling network’s native token. Polygon was founded to relieve Ethereum network congestion and fees, and it now supports over 3,000 apps.

21Shares maintains around $2.9 billion in 20 cryptocurrencies ETPs and 81 listings as of November 2021, including the world’s only ETPs tracking Binance.

It has eight regulated European and Swiss trading exchanges where its products are listed.

With the world’s largest array of cryptocurrency ETPs, 21Shares takes innovation to the next level. It also wants to make it simple, secure and regulated for all investors to purchase, trade, and short cryptocurrencies using their existing bank and brokerage accounts.

This wasn’t the first time when 21Shares showed interest in crypto, earlier Comdirect, Germany’s largest online shopping platform, announced a crypto partnership with 21Shares that helped investors to choose whether or not to put crypto-assets into their savings account.

Even a disclaimer was also out saying that, “This document and the information contained herein are not for distribution in or into (directly or indirectly) the United States, Canada, Australia or Japan or any other jurisdiction in which the distribution or release would be unlawful.” 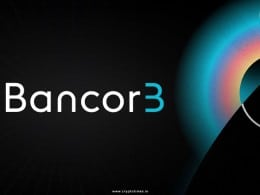 Bancor version three will be released in three phases titled Dawn, Sunrize, and Daylight, with a target release date of early 2022. 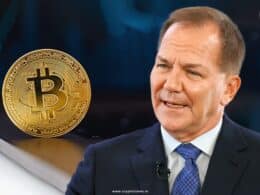 Jones likes bitcoin and sees it as a great way to protect wealth over the long run.

Rocket Pool Will be The First Decentralized Stack Protocol for Ethereum

The Rocket Pool will be launching to mainnet on October 6th.
Total
0
Share