15 Banks have come together to form a new company that will use blockchain tech to process a letters of credit in India. The company called Indian Banks’ Blockchain Infrastructure Co. Pvt. Ltd (IBBIC) will have 15 shareholders holding an identical 6.66% stake in the company.

According to an Economic Times report, these banks include ten private-sector banks, four public-sector banks, and one foreign bank.

The company’s new system will verify the information using invoices on GST and e-way bills reducing transaction time and eliminating risk of frauds.

“Disbursement on domestic LCs which used to take four to five days can be done in four hours. It will also eliminate frauds since it will be encrypted via blockchains and there will be no way two LCs can be issued on the same invoice, which sometimes happens now,” said Varun Bakshi, head of products, transaction banking at RBL Bank.

The system will be based on Infosys’ Financle Connect. Each financial institution agreed to invest Rs 5 crore in this company, registered within the last week of May. The total capital within the company will be Rs 75 crore, and banks will complete their investment by June 30.

According to the report, a new venture, an open architecture model, is expected to run within a year. The shareholder directors will be appointed on a rotation basis annually. Banks have also kept the Reserve Bank of India (RBI) within the loop, and the regulator is said to have no objection to the new venture.

According to report, Executing letters of credit on blockchain has been tested before for cross border trade financing. However, IBBIC’s move marks the first attempt for domestic trade finance. 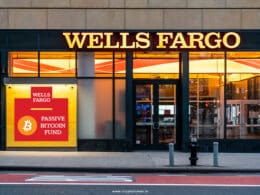 Wells Fargo and JPMorgan to offer Bitcoin Funds via NYDIG

Wells Fargo partnered with NYDIG and FS Investment to offer the Bitcoin fund.

The Blue Monster Games’ governance token KRL will be available for trading in BitMart starting December 6. 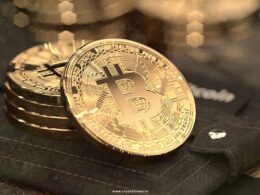 Institutional Investors Purchased $2B worth of Bitcoin in October